Add a Little Extra Spirit to your Holiday Spirits! 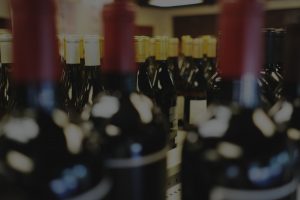 Add a Little Extra Spirit to your Holiday Spirits!

This week for Winesday we are featuring Bourbon, Tequila or Rum Barrel Aged Wines. When describing a wine, the type of barrel that it is aged in plays a big part. Some are French Oak, some are new Oak, some wines are aged in stainless steel, but the wines for this week all have an extra layer of flavor as they are all aged in barrels that previously held a stronger spirit. Our elves have been busy choosing these wines for you. As the Cooper and Thief website says, “These wines are born of mischief.”

Cooper and Thief has both a red and a white wine in this week’s Winesday offerings. The red blend is composed of equal parts Merlot and Syrah with the rest being Zinfandel, Cabernet Sauvignon, Petit Syrah and a pinch of other reds. Aged for 3 months in bourbon barrels, the wine is deep red, rich and jammy with smooth tannins and a nice long finish. The Cooper and Thief Sauvignon Blanc also has a touch of French Colombard and Semillon aged for 3 months in Casa Noble anejo tequila barrels to provide a bit of tequila bite balanced with the toasty vanilla from the barrels. This is a white that knows how to party!

Bringing our third spirit to the party, Robert Mondavi Rum Barrel Aged Merlot is ruby red in color and is full of jammy plum and blackberry. The Rum barrels impart a coconut, vanilla, spicy touch to the finish. The treasure of the islands is easy to find in this unique merlot.

The wines this week are all unique and luscious as well as innovative and just plain fun! Don’t miss out on the opportunity to try them at our Winesday Special Pricing Good Only on Wednesday (Winesday) December 18th!

About the Author: swann market